I suppose you could very well have guessed that the answer to the question of just why prevention is always better than cure comes right back down to money, right? Naturally it would be associated with costs since that’s pretty much the main factor of consideration for anything one does really. And yes, prevention in any situation I can think of is always better than trying to rectify a problem which develops, but it isn’t exclusively about the costs associated. 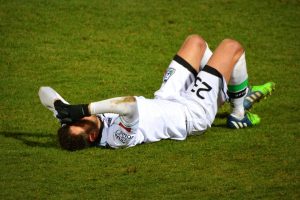 The other reason why the prevention of a problem is better than having to deal with its consequences and trying to find a solution to it is because things are never quite the same once they’ve been through the wars and no amount of restoration will ever really take anything back to its original, somewhat pristine state. You can take your pick by way of examples, some of which I’ll definitely get into right now…

Naturally since this is a health and fitness related blog, one of the examples I’ll explore as a case in point is that of fitness, this time zoning in on the shape of one’s body. Think back to the days when you were a teenager, whether you’re a guy or a gal – you pretty much had the perfect body shape with everything in the proportion you long for at this particular point in time, although at the time you didn’t know it. Of course I’m talking about really late teens here to early adulthood.

Now, consider some of those people you may know who resolved to hit the gym and exercise to keep their bodies shaped and sculpted in the way it was when they were late teens / young adults. I can bet you now it was much easier to maintain that ideal body than to try and exercise your way to it right now, even in the case of those who stopped working out and are now trying to get back to those good old days.

Allow me to switch tact ever so slightly as I explore the next example, which is perhaps a little bit more of a serious one. Now personally I don’t quite venture into the more medical side of this industry, but I do sometimes do consultations pertaining to health, fitness and nutrition, so naturally my network is made up of some professionals who do do this from more of a medical point of view, officially.

Consider Pottroff & Karlin – the train accident lawyers who have some of their clients referred to them by the health and fitness industry (rehabilitation, physiotherapy and recovery), so too the medical industry, and vice versa.

Someone who might be injured in a train accident never quite reports returning to the same state their body was in before the accident, even if they get the best medical treatment along with the best legal services. It’s a rather unfortunate situation in this particular instance because you can’t really do anything about something like a train accident before it happens, but it certainly demonstrates how prevention is always better that cure, both in terms of the costs involved with prevention versus cure as well as the state of being pre and post the problem for which a solution is required and is administered successfully.

So in those areas of your life where you can prevent something from happening rather than waiting it out for a cure, do so, by all means.