I must confess, I have no idea where they’re sold, but if I eventually find out I’ll let you know. In the meantime however, I do have some information about how and why one would want to get a beach body. It involves some hard work and dedication, but I promise it’s all worth it in the end and it can actually work out to be worth it in more ways than one. 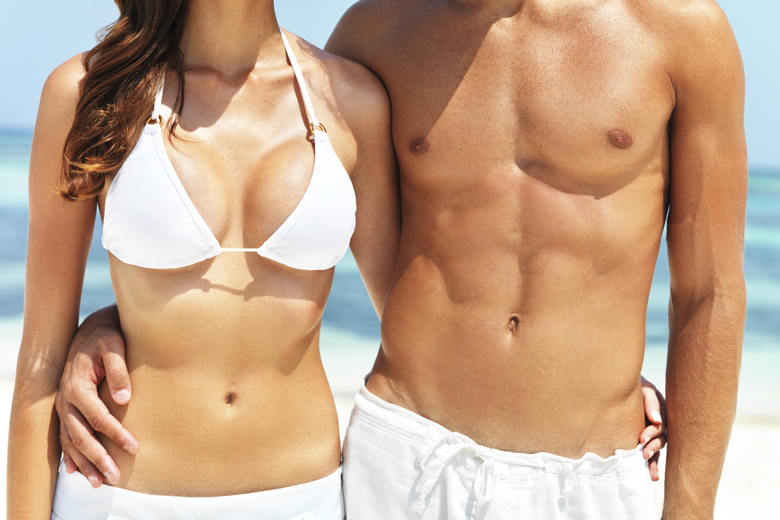 For the guys, surely there must be more benefits to having washboard abs than just being able to take your shirt off and show them off at the beach? I mean why is it otherwise perceived to be so hard to get them and why doesn’t every guy have them? I say “perceived” to be so hard because I have it on good authority that although it is indeed challenging, commitment sort of works to nullify the difficulty of getting a beach body. Achievable it definitely is, as has been demonstrated by some Ibiza VIP beach party competition hopefuls who have already started seeing some results from taking the Maxinutrition Ibiza challenge. In addition to the commitment driven by an incentive such as a trip to Spain, it’s all about the right nutrition and the right training programme to target those key areas which make up what is a good beach body. And from the point of view of a lady, six-pack abs over a pot-belly, any day!

For the ladies it’s not so much about chiselling out rock-hard abs like the guys would, but hey if you’re going for the retro Janet Jackson look then it very well could be. Ordinarily though, the ladies’ version of a beach body is one which has no extra flab and fat in unflattering places, with all the toning that results from spending some time in the gym and out running, perhaps topped off with a nice tan, or anything else which results in an even skin tone. To put it more directly, you simply want to look good in those areas which your swimsuit accentuates and draws eager eyes to. So a firmed-up butt which you’ve rid of cellulite and a flat stomach, basically. Just as is the case with the guys, some dedicated work needs to be put in, but again, it’s all about a combination between the right exercise programme and the right nutrition which aids the process of constructing a beach body.

Beyond the outward appearance however, for both girls and guys, the number one reason for investing the time and effort into what results in a beach body has a plethora of health benefits. Trust me, a good-looking beach body is just nature’s way of visually advertising a healthy body. It all goes right back to our inner animalistic instincts of being attracted to essentially the healthiest and strongest potential mate – not that that’s what I’m implying you should get your beach body for. All I’m saying is if you are in good shape and you’re healthy as a result of your efforts in the gym, a beach body is nothing but an outward reward for a better functioning body.