Partaking in sport is imperative for healthy living.

A scientific study found that Olympic medallists on average lived 2.8 years longer than the average, and while most of us will never compete at the Olympic Games, staying active will likely improve the longevity of your life.

?We will be looking at the health benefits of ice hockey, which, although it can be rather physical, can have a brilliant impact on your health. More often than not, amateur hockey isn’t quite as rough as the pro leagues but you can still count on someone thinking they are Brandon Prust.

However, you don’t need to be good enough to play for the Chicago Blackhawks – the 13/5 bet at the time of writing to win the Stanley Cup – to take on these violent types. More often than not, your paths won’t even cross.

Below are some of the benefits of hockey. 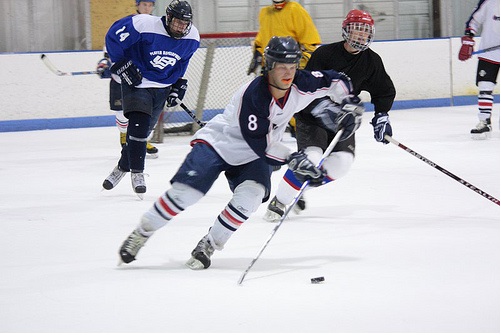 Hockey is a high octane sport. You are constantly on the move, meaning that you are undertaking a rather vigorous cardiovascular workout. Cardiovascular exercise results in fat loss, improved cardiorespiratory health and calorie burning. The nature of hockey can mean it can be rather stop-start, which is known to come with even greater cardio benefits. In the sport world this type of exercise is known as high intensity interval training, which can bolster your metabolism, seeing you burn more calories. 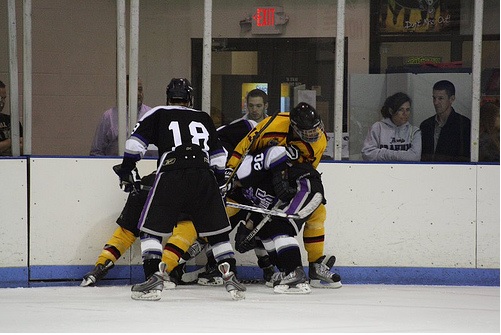 Playing hockey is fantastic for strengthening the muscles, especially the core and leg muscles. Strength-training activities like hockey have been proven to improve bone strength, connective tissue and increase muscle mass, all of which go some way to reducing the chances of injury. A stronger body is a healthier body. 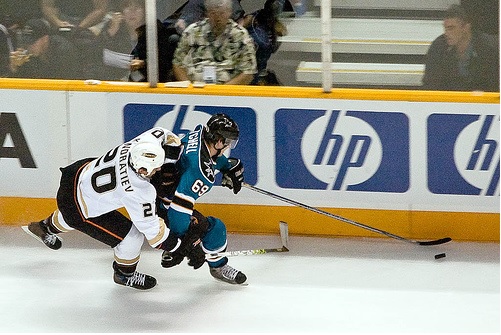 People take coordination and balance for granted but as you get older you soon realise how important these seemingly innocuous bodily features are. Ice hockey players must be able to receive pucks at great speed, and distribute them even faster. In order to be able to do this quickly players must have lightning fast reactions. That is something that develops the more you play. As these skills mature over time you will find that your balance and agility will improve, as to your hand-eye coordination. 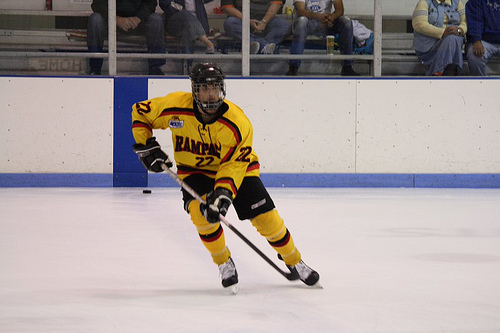 Most sports provide your brain with a stimulating boost, ice hockey is no different. It has been proven that exercise helps better your mood due to the endorphins that are released, which in turn reduces depression, stress and anxiety. Hockey provides all of this, but because of the tactical decision-making, which is a necessity in hockey, it improves your brain’s functionality. This is something that can benefit you in everyday life as well as on the ice. 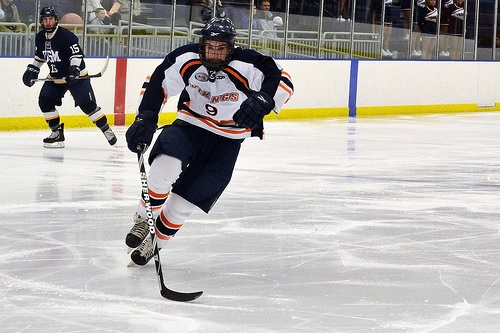 As mentioned earlier, ice hockey is a dangerous sport. The high-velocity impact challenges can leave you in a heap, putting the game on par with football and rugby in terms of body damage. However, you can take steps to reduce the risk. The soundest advice would be to wear all of the protective gear available to you. It is stupid not to wrap yourself up safe, and while this won’t fully prevent you from injury it will greatly reduce your chances of aggravating something.