With the recent conclusion of the biggest sporting event in the world (one which involves the most number of different sporting codes, that is), the Olympics never fail to bring into focus our relationship with the professional sportspersons we admire so. Whether your unrealised talent could perhaps have had you battling it out amongst all the athletes or indeed if you draw inspiration from the way in which the pros dedicated their time to sculpting and moulding their bodies into health and fitness machines, in one way or the other what professional athletes tend to do for a living touches all our lives. 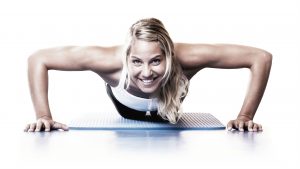 Taking into account how Great British sports has evolved however, for fitness enthusiasts and people like personal trainers the changes have brought about some good things and some bad ones too. For one, the increased use of legal performance enhancing elements such as nutritional (and sports) supplements and science-backed training methods has meant that it’s a much more achievable goal to get into shape and live a healthier life, while on the other hand this easy availability of these performance enhancing elements has sparked a bit of complacency. Secondly, a lot of would-be health and fitness success stories don’t appear to be giving it their all in terms of committing to both aspects of what’s required to realise pretty much any fitness goal.

You take a look at the various heavyweight boxing champions we’ve had over the years and you might well wonder just how much more different things would have been if the likes of Mike Tyson had access to the advanced nutritional supplements such as those produced by Maxinutrition, in the same way somebody like Tyson Fury probably has, the current champion who’s almost an entire foot taller than the 1987 champ. Who’s to say the raw power Mike Tyson had back then would have been aided by the use of the supplements and training methods available today and who’s to say he might not have been more complacent had he enjoyed the height and reach advantage which has clearly been shown to be enjoyed by championship winning boxers today?

You take a look at some of the physical properties of rowers as well and the same questions pop up. As of 2016, the British rowing squad (lightweight division) is made up of men who are on average 183cm in height, which is an average increase of 3cm from 2006, while the open-weight division is comprised out of participants with an average height of 193.7cm. This is also taller than what the averages were in 2006.

So, what I’m getting at is that we appear to have figured out what the ideal properties of a potential athlete are in order for them to be moulded and trained into someone who can compete at the world stage. In doing so however, the mechanisms which we use to train and mould those athletes have created somewhat of a complacency complex in those of us who aspire to be like the pros in one way or the other. The taller boxer who enjoys a longer reach is likely not to work as hard as the shorter boxer with a smaller reach, in the same way that the taller rower is perhaps less likely to work as hard as a shorter rower with the odds of winning seemingly stacked against them, simply because of the predisposed advantage they appear to have.

So in the personal health and fitness circuits, the evolution and advancement of sports and sports in Great Britain in particular has somewhat made us feel as if we have all the tools to ultimately reach our health and fitness goals with on hand, and so we tend to drag our feet in actually making use of those tools.